Most people would be ready to retire after a career spanning six decades, but then again, most people aren’t Dick Schramm. The heir of his family’s business, Dick has been involved with Schramm, Inc. for half of the company’s existence, so it’s no surprise he is recognized as “the face of Schramm.”

Schramm was founded in the early 1900s, but two auspicious events in the 1950s stand out as turning points for the company’s rise. Firstly, the company began selling its first rotary drilling rigs, which eventually became its most renowned product line. Secondly, but perhaps even more importantly, it was also the decade that Richard “Dick” Schramm, discovered his life’s calling: social action.

Dick graduated from Haverford College in 1958 and the same year matriculated at the prestigious Wharton Business School. However, he was so keen to work with people that he left Wharton within a year to become a social worker at an organization in Chicago’s West Side. By 1961, however, Dick realized that traditional social work was not the best fit: “While I wanted to work with people,” Dick says, “I wanted to get things done using some discipline or technology.”

In Dick’s mind, the desire to combine social action and technology had one logical conclusion: Schramm. He came to see the family business as a unique form of social action, since its machines solve problems around the world and support thousands of livelihoods in the process. So, in 1961, Dick returned to West Chester and joined the company as a manufacturing engineer.

Dick’s diligence and ability to learn on the job propelled him through the ranks of Schramm, until he earned the Board’s appointment to president in 1985. Now responsible for his family’s heritage along with the well‐being of hundreds of employees and their families, Dick doubled down on the four key principles that have guided Schramm since its inception: “products that serve customers and benefit mankind; participation in the communities in which the company does business; fair employment practices and benefits; and broad employee participation in company management.”

In short, he envisioned Schramm as more than just a company: it was an extended family—his family. Greg Hillier, Schramm’s Director of Engineering & Product Management, notes this is the key distinction between Schramm and other companies. “I’ve worked with Dick for nearly 35 years and have always been impressed with his employee‐focused business practices,” Hillier says. “Many employees have long tenure because of the ‘Schramm Family’ atmosphere.”

As president, Dick helped Schramm navigate the legendary boom and bust cycles of the 1980s, which constantly tested his leadership abilities to the limit, but his perseverance paid off. In fact, successfully steering the company through the economic expansion and contraction at that time is his proudest achievement.

Dick is well known in the company for “carrying the company when times were tough,” offering strong, steady leadership, a positive outlook and the confidence that comes with tenure. Ryan Bennett, a Senior Account Executive, notes how Dick has remained a rock, still involved today “in bringing positivity and settling during times of uncertainty,” such as the recent mining downturn.

Hillier agrees. Dick “provides a sense of grounding, especially to the older staff and long‐time customers.” 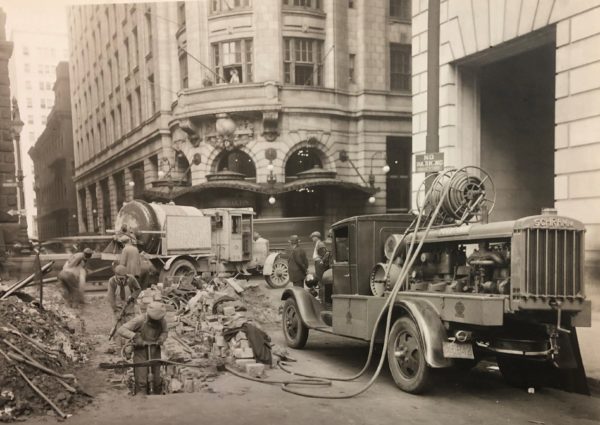 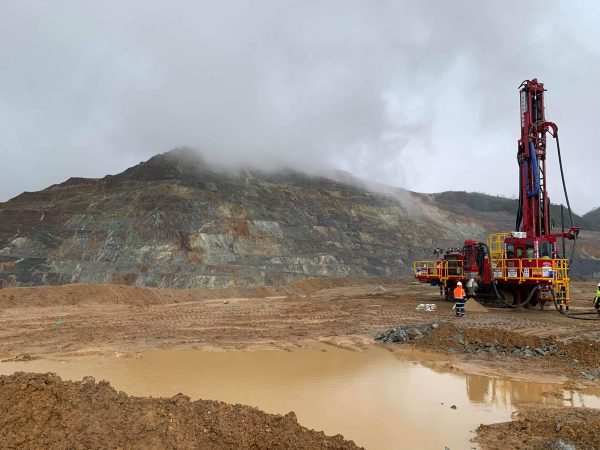 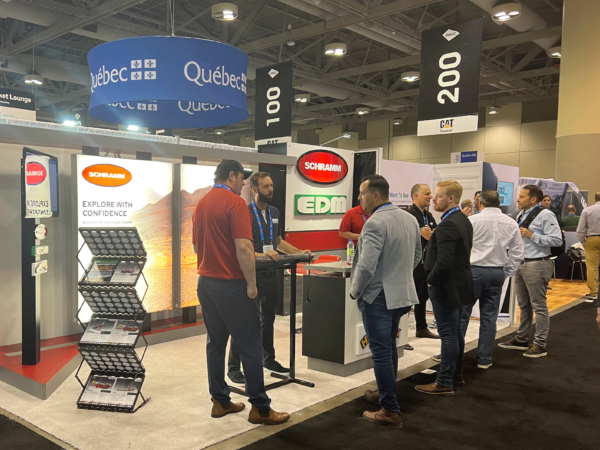